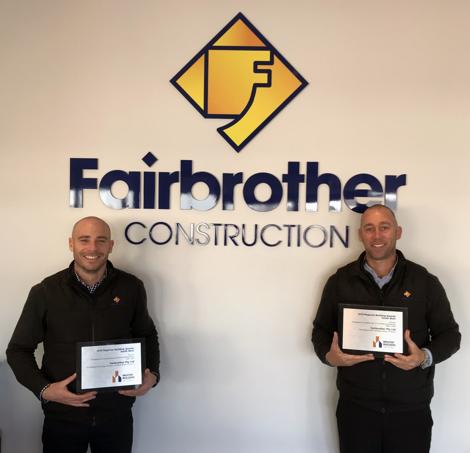 In front of a crowd of peers and industry leaders at The Pier function centre, Fairbrother Construction claimed Excellence in Construction Awards for:

To round off the night, the company also claimed the South-West Builder of the Year award.

“It is fantastic to accept this award on behalf of the entire South West construction team. Our people are as dedicated as they are talented and each member of our team can feel proud of what we have achieved.”

“Some of these projects were incredibly challenging – whether it be difficult conditions, a complex build or a constricted timeline – so to have delivered award-winning projects so successfully is a testament to the dedication of the team,” Mr Edis said.